As well known as Fraser Island is among travellers and native Australians alike, not everyone knows where this little slice of paradise actually is. Good for keeping the island secluded and pristine, but bad for anyone who rightly wants to explore the largest sand island in the world.

So, where is Fraser Island? Good question. Anything good to see along the way? Absolutely! 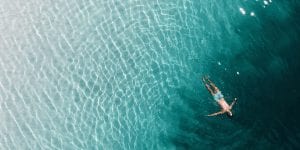 Fraser Island is located almost exactly in the middle of the east coast, around 350km north of Brisbane and pretty much equidistant between Sydney in the south and Townsville in the north. This perfect location has meant the island has been a popular stopover on the east coast route for many years, this coupled with a World Heritage-Listed status, stunning landscapes, unique wildlife and the chance to drive your heart out along a 75 mile beach has made it a top destination. The best Fraser Island accommodation just happens to be located on 75 mile beach itself.

Most travellers tackling the east coast usually head north from Sydney, hitting Fraser Island a few days or weeks later. A straight drive from Sydney to the two jumping off points to the island, namely Noosa and Hervey Bay, will take between 11-13 hours. You could feasibly drive it over two days or take a bus and enjoy the scenery along the way.

Pick up your 4WD in Noosa and kayak the beautiful everglades 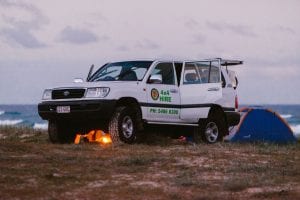 Noosa is a popular place to catch a ferry to Fraser Island, but this gorgeous sultry town is well worth a day or two of your time. The Noosa everglades can be found here, one of only two everglade systems in the world. Hanging out for a day or two kayaking the peaceful waters spotting wildlife along the way and camping in the bush is a fantastic experience. Noosa is also where you should collect your all important 4WD vehicle, which is vital if you want to travel around the island. Check out the best Fraser Island 4WD Hire!

Island pitstops to make when travelling from Cairns

Where is Fraser Island is a common question asked by travellers in Cairns too! If you’re heading south from Cairns an absolute must stop on the way to the island is another set of islands. The Whitsunday Islands are a collection of 74 idyllic paradise islands surrounded by the Great Barrier Reef and probably one of the most rewarding cruises you’ll ever take!

So, where is Fraser Island? It’s in the heart of the action on the east coast and a magical place to arrive after experiencing all this iconic coast has to offer along the way. Book your Fraser Island accommodation today – you’ll need a place to rest your head after all that travel.