One of the best islands in Queensland for spotting wild animals you won’t see anywhere else is Fraser Island. Not only is this gorgeous patch of land unique for being the largest sand island in the world, it has also provided a safe haven for a multitude of animals.

Fraser Island is by far one of the best islands in Queensland to feel like a modern day explorer. A wild, densely forest interior hides weird and wonderful critters which literally fly through the canopy, while its epic coastline plays host to the most famous dogs in Australia. 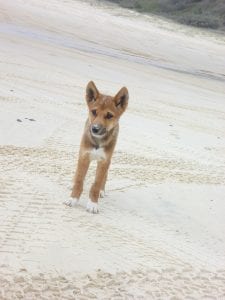 The most famous of all has to be the Fraser Island dingo, the purest bred dingo in the world. Who are these guys and why are they both loved and feared at the same time, you may ask. They have been around a lot longer than most other island inhabitants, and are thought to have been introduced around 8,000 years ago. Dingoes are much like a typical domestic dog, except they’re more likely to eat small mammals including bandicoots than a bowl of dog food. They’re naturally expert hunters and not scavengers. In an effort to get a good picture and a close up look some tourists have been known to feed them which has led to aggressive behaviour. But attacks are extremely rare and almost always the fault of the human rather than the dingo. It’s a true privilege to see these animals thriving in their natural habitat. Stay with us here at the best Fraser Island accommodation on the island and you’ve got a good chance of spotting these guys trotting along the beach. A secure dingo fence surrounds the camp so there’s no chance of any unwanted visitors.

The best island in Queensland for flying cuties 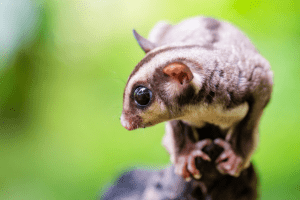 One of the best islands in Queensland is also home to the astonishingly cute sugar glider, a small, nocturnal possum which literally glides through the forest, much like a flying squirrel. Their latin name translates as “short headed rope dancer” which is kind of fitting given their skills for aerial acrobatics. They have a distinctive black striped face and get their name from their love of sugary foods like sap and nectar. Head out at night and keep your eyes up towards the canopy to catch these cute guys in action. 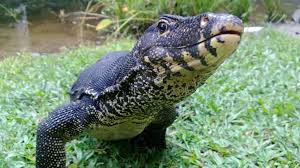 70 species of reptiles including the sand monitor and lace monitor lizards also call the island home. These enormous, prehistoric looking lizards are often seen scavenging around picnic areas and are completely harmless. Another resident which is a testament to Fraser’s diverse environment is the “acid” frog, which thrives in the harsh environment of the swamps inland. 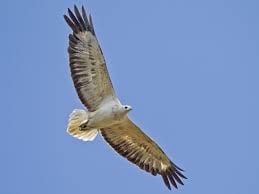 Look up to the skies to watch just a few of the 354 bird species which live in and around the island. The excellent diversity of food sources, breeding and nesting areas make it the perfect place for many species to call home, including the white bellied sea eagle. This beautiful bird of prey hunts in the waters off the island and have a wing span of two meters. Cormorants and darters can be seen diving into the ocean hunting fish while owls and the spectacularly named tawny frogmouth can be heard, and seen, by night.

The ocean is no less full of wildlife including dolphins, turtles, rays and dugongs. Visit between July and November and you may well spot a pod of migrating humpback whales breaching just offshore. 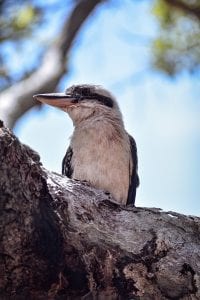 Fraser Island truly is one of the best islands in Queensland, and when it comes to Fraser Island accommodation, you can’t beat our funky, comfortable glamping tents. Come and enjoy the stunning wildlife first hand!