This is a question that we hear a lot, and it’s totally valid. Fraser island is by its very nature a rugged, wild, pristine place that owes its charm and character to the fact that humans have had very little impact here. Wildlife is king, the purest bred dingoes in the world roam free and the island’s gorgeous landscapes, deep lakes and lush forests are the very reason visitors want to come here. A typical day could include floating through untouched forest at Eli Creek, swimming the crystal clear waters of Lake McKenzie or driving a 4WD along remote, empty beaches that seemingly never end.

But as with anywhere that is a paradise for outdoor activities, there also comes a level of risk for those who are unprepared or uneducated about what you should and should not do when enjoying the island. Fraser Island is not inherently dangerous, but being mindful of potential risks and knowing how to avoid them is an important part of preparing to spend time here.

So, is Fraser Island safe? We break down the potential dangers and how to avoid them below. 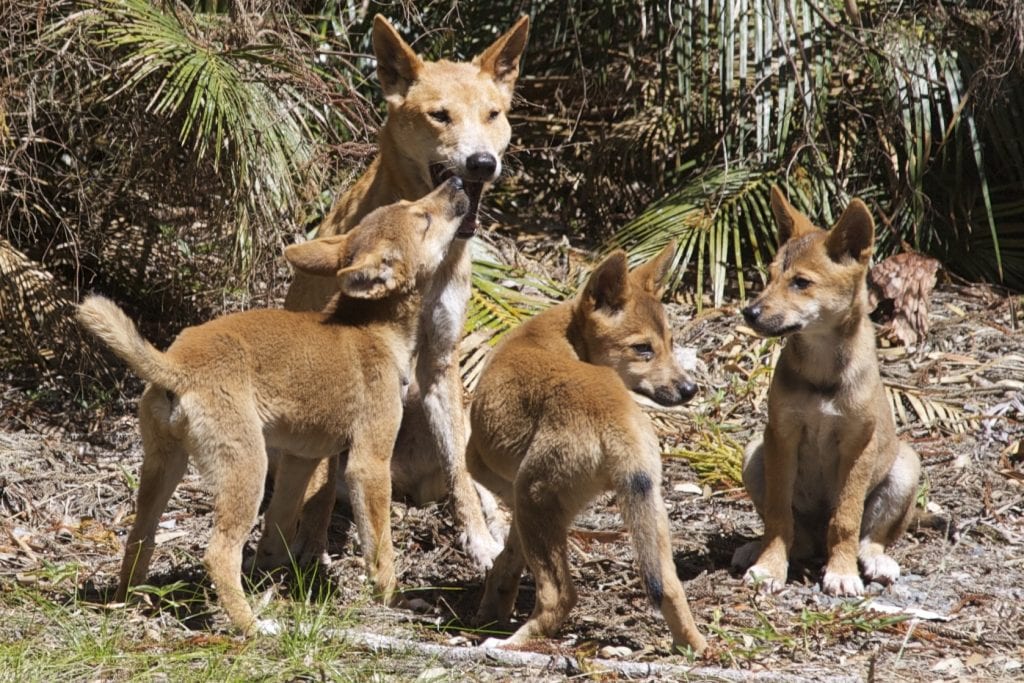 Fraser Island’s most iconic resident often tops the list when it comes to concerns around safety. There is a large and healthy population of dingoes on the island and that is something to be celebrated but, equally, something to be aware of while you’re here. Dingoes are first and foremost wild animals. They are inquisitive, intelligent and often pretty confident which can lead to human/dingo encounters that could potentially turn into more than just a few cute pictures and happy memories.

The first thing to know is if you’re staying with us here at Beachcamp, you are entirely protected by a large dingo fence which runs around the perimeter of the property. There is no way a dingo can enter so they are not a concern while you’re in camp. Dingo safety precautions come into play when you’re exploring the island.

How should you act if you see a dingo?

If you do happen to see a dingo, firstly consider it a wonderful privilege and secondly remember to keep your distance. Many sightings are from afar along the beaches that line the coast, but close encounters do happen, and when they do here’s what you should do:

Most encounters between humans and dingoes go without incident and often end up being the highlight of a trip. In fact unhabituated dingoes have a natural fear of people and are often the first to run off if they do encounter people. But if you happen to find yourself closer with one than you’d like, follow the above advice to avoid any potentially dangerous situations.

What attracts a dingo?

The number one thing that will draw dingoes from far and wide is the smell of food. They are natural scavengers and have a varied diet that would most definitely include any scraps of food you might unwittingly leave behind or have with you.

If you’re picnicking by a lake for example, or anywhere on the island, take care to remove all remnants of food before you leave. Not only is this vital in preventing unwanted human/dingo encounters, it’s also an offence to leave food for wildlife anywhere on the island. It’s not good for anyone.

Be quick to pack away food in vehicles or air tight containers and dispose of any rubbish quickly and efficiently. It’s fine to eat outside while you’re here, it’s just important to remember not to leave anything behind.

Dingoes are wild animals and therefore unpredictable. They have also been on the island for a lot longer than we have and deserve our respect. The vast majority of dingo encounters are trouble free but the best way we can protect both them and ourselves is to keep encounters to a minimum.

Worried about driving on sand rather than tarmac? You’re not alone! Along with dingoes, concerns around driving a 4WD for the first time also comes high on the list of visitor worries. Off road 4WD driving is a vital part of life on Fraser Island. In fact you can’t come here unless you’re with a tour or driving your own 4WD vehicle or are grabbing a Fraser Island 4WD Hire.

Beachcamp faces the beautiful 75 Mile Beach, the longest sand highway in the world and the only way of travelling it is by 4WD. But sand driving comes with unique hazards so if you are driving yourself, be cautious and aware.

If you’ve never driven a 4WD before or are a sand road newbie, following this advice will help to keep you safe while you explore the island. Take things slow and cautious and follow the advice of Beachcamp staff and you’ll end up loving the wild 4WD experience. 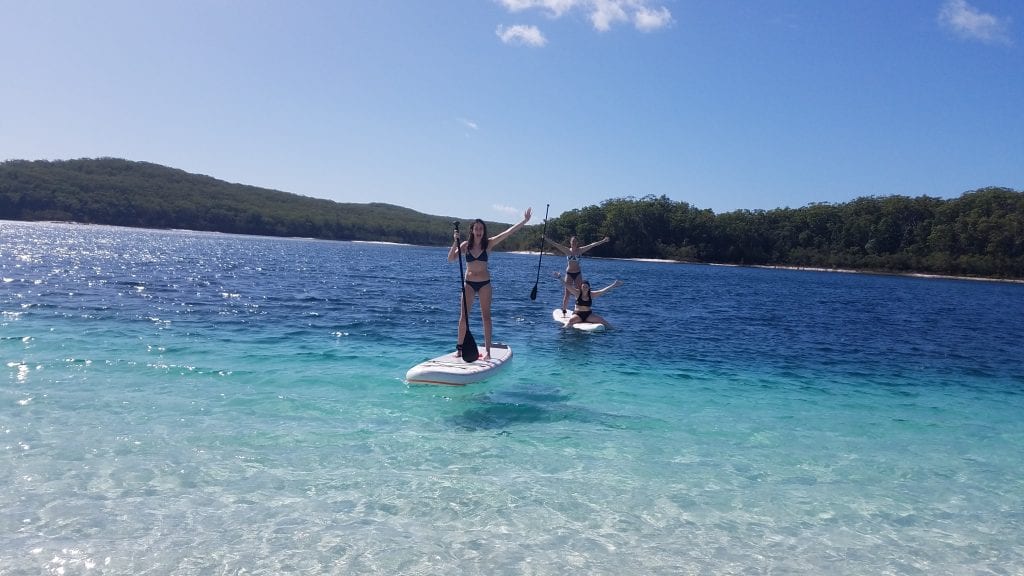 Deep lakes, uneven forest floors, sharp rocks and steep sand dunes all have the potential to turn a great day into a less than good day.

Stay safe in the water

When it comes to the water, the first thing to know is that the ocean is not the place to swim. There are dangerous rip tides and a healthy population of sharks, both of which make swimming a less than relaxing experience. The places perfect for a dip are the beautiful lakes that can be found across the island and most people enjoy a trouble free swim. However it’s important to remember there are no patrolled swimming areas anywhere on the island and diving into water at any lake is not a good idea. When it comes to getting out of your depth, always remember your limits and stick to them. If you’re not a strong swimmer, stay in shallow water.

When it comes to exploring forest trails it pays to come with the right attitude and the right equipment. Avoid walking during the hottest part of the day and always carry drinking water, more than you think you’ll need. Stick to the tracks and wear sturdy footwear with good ankle support – a twisted ankle in the middle of nowhere is never good. Wear sunscreen and a hat and always observe all safety signs as you hike. Walk in groups and let someone know where you’re heading.

Take care on the dunes

Sand dunes and sand cliffs are unstable and unpredictable. They are beautiful to look at and that’s exactly how you should enjoy them. Never toboggan down a dune or climb or dig into a dune or sand cliff. Not only could this result in a potentially dangerous situation, the dunes are also delicate eco systems which support plants and wildlife and should be treated with respect.

The vast majority of visitors to this stunning island beauty come away with fantastic memories. Be respectful of the island and she will pay you back in spades. Fraser Island can be safe and a once in a lifetime experience, if you follow the right advice.