There are many little known Fraser Island facts and one of them is that the island has some of the freshest water in the world.

It makes sense that such an unspoilt island paradise, unchanged for thousands of years, should also have an ancient water source.

And an obvious Fraser Island fact is that the island is remote and wild, so where does all that water come from?

Fraser Island fact – the water is ancient, and very drinkable 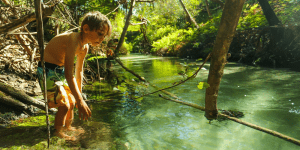 An ancient aquifer thought to be around 200 years old supplies the springs and streams across the island. The water is unpolluted, safe to drink and best of all does not contain any microplastics, something sadly unusual in today’s water sources. Bring a bottle to Eli Creek and stock up!

Fraser Island has a special relationship with water 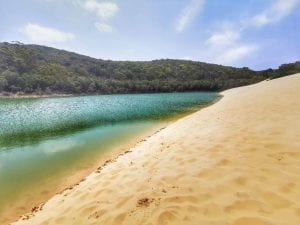 The island is home to over half the perched dune lakes in the world. These unusual bodies of water lie above organically bound sand-rock from dune depressions formed by the wind over hundreds of years. Many of the lakes on the island are so pure they lack many essential nutrients needed to sustain life, despite having high oxygen levels. So you’re unlikely to find many fish in most of them.

Some of the freshest water found anywhere in the world 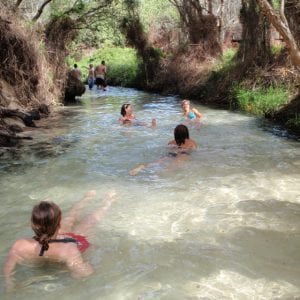 It has long been held true that the freshwater sources found on Fraser Island are some of the purest in the world. Its remoteness coupled with its geology has combined to create the perfect conditions for pure water to be stored and remain unpolluted. Rain can take anything up to 100 years to permeate through the sand into the water table below.

Once you’ve quenched your thirst with Fraser Island’s pure water, come stay with us at the best Fraser Island accommodation closest to 75 mile beach – and get your salt water fix!